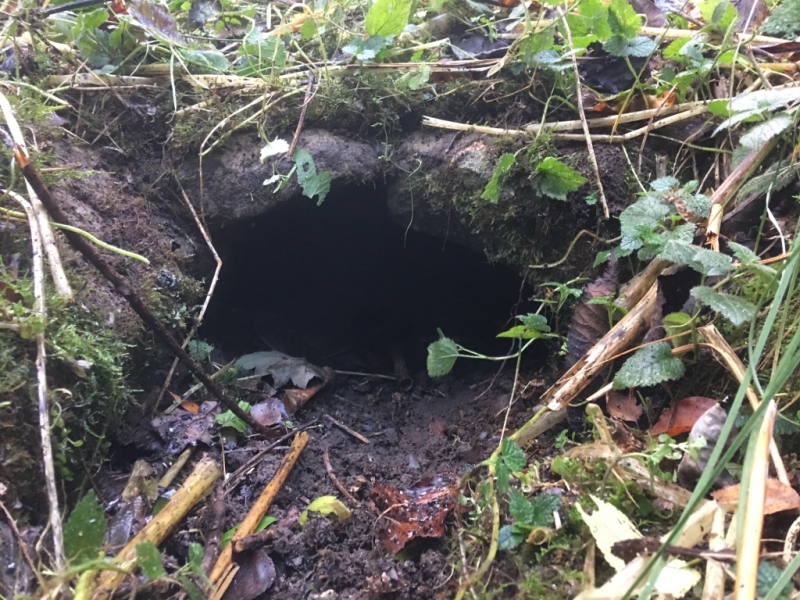 Volunteers clearing vegetation in this area during the Waterway Recovery Group "Bonfire Bash" weekend in November 2017 discovered the site of this lock when one of them put a foot into a hole in the ground. We do not have a detailed map of the canal in this area so did not know where the lock was. Further explorations identified that this was where a ground paddle would have been. A stone piped by-wash typical of the Uttoxeter Canal was also found.

Now that vegetation has been cleared from the site it appears that the canal was either filled or became completely silted up in above the lock at some point.

The large tree stands exactly on the top gate, on the towpath side. From here it is east to work out the offside paddle location which was first discovered and from that to work out where the by-wash tunnel was. It is fully piped but has collapsed in at least three places.

Whilst very little of this lock remains above ground level, it appears to be a good candidate for restoration because it is an open easily reached location with no obvious constraints, and could have a significant length of water above and below it. THe next step for this site would be to bring in a small excavator and find out what remains of the structure below ground level.