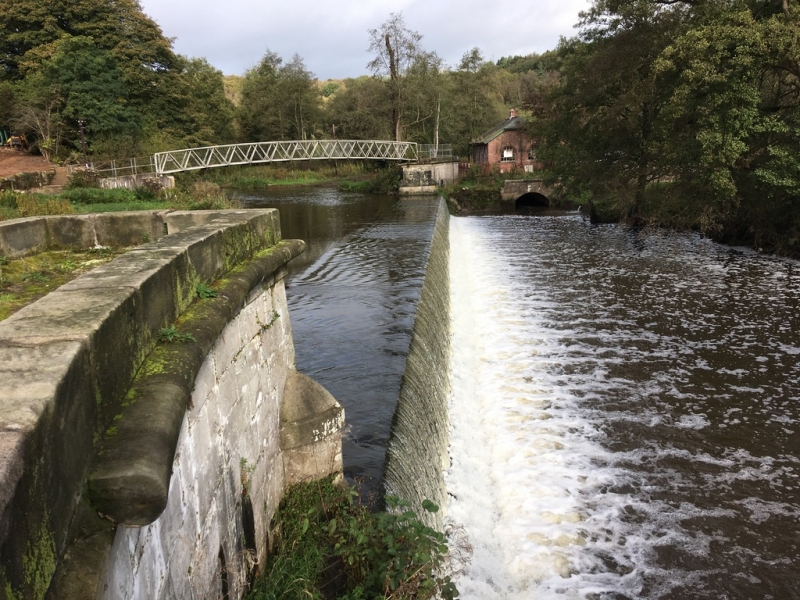 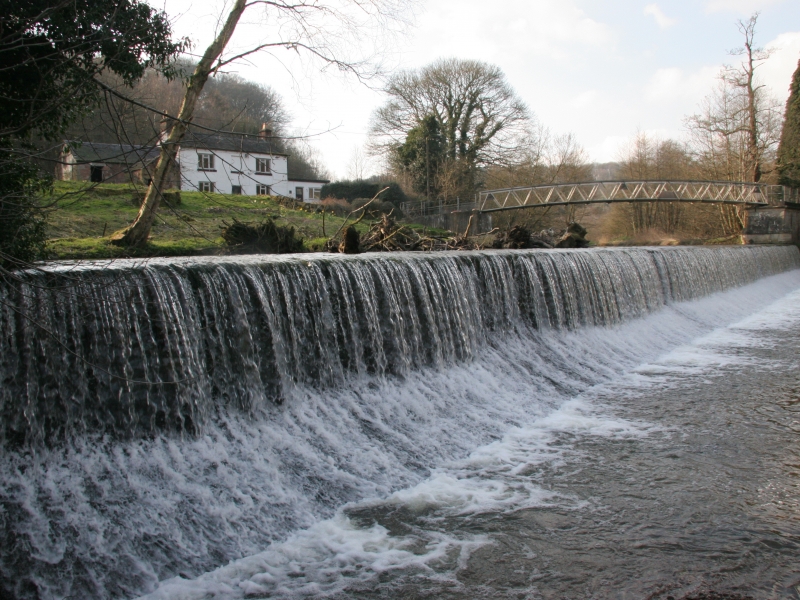 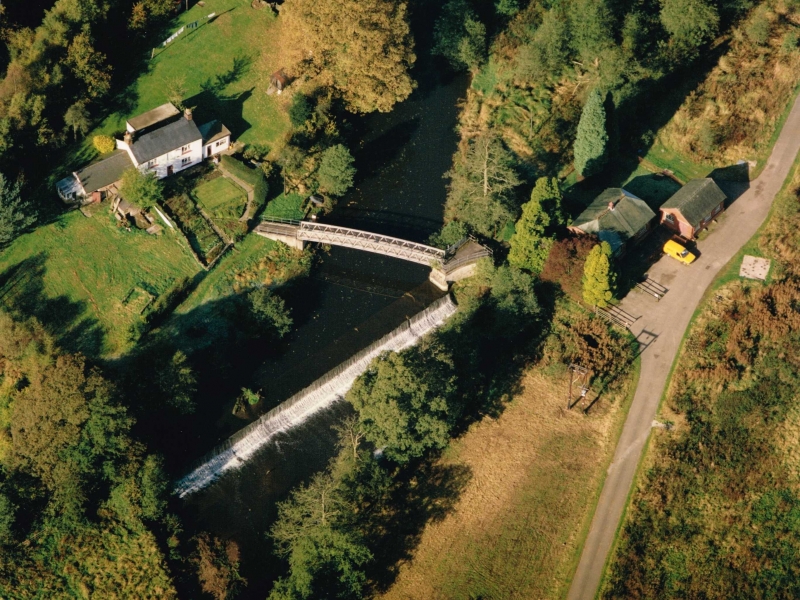 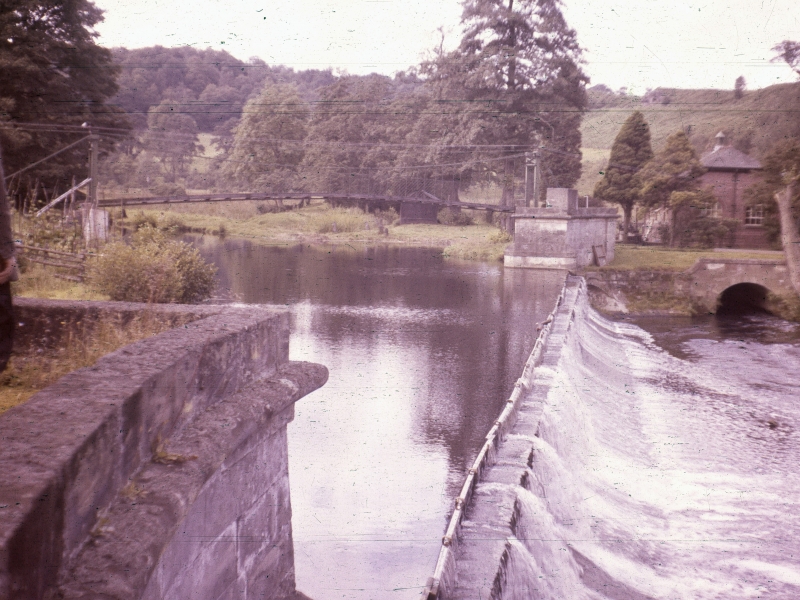 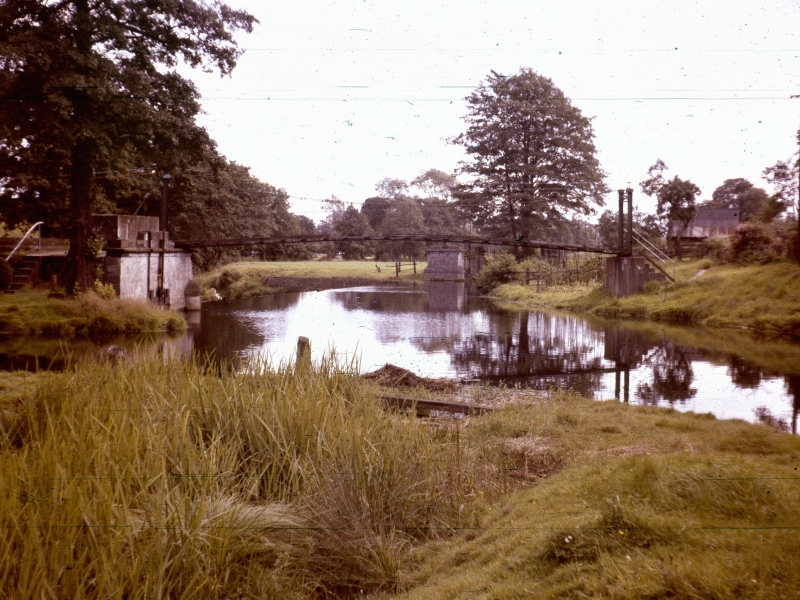 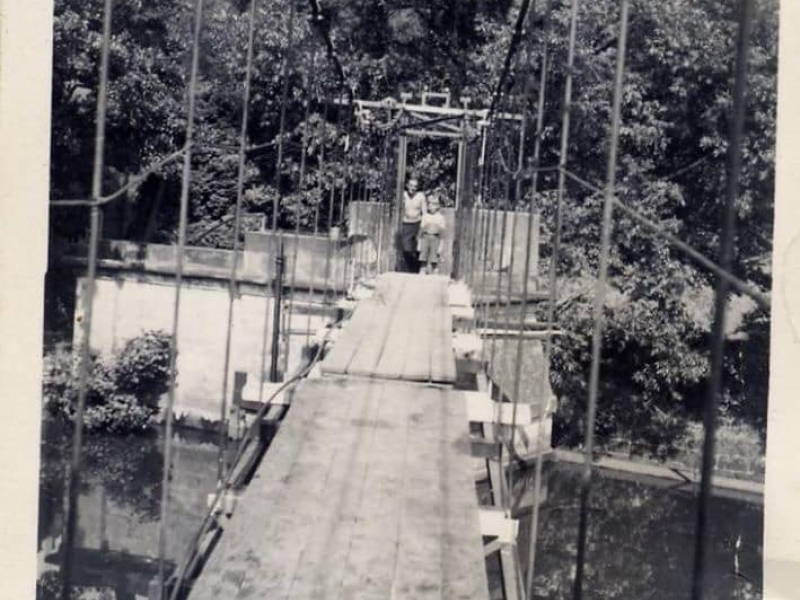 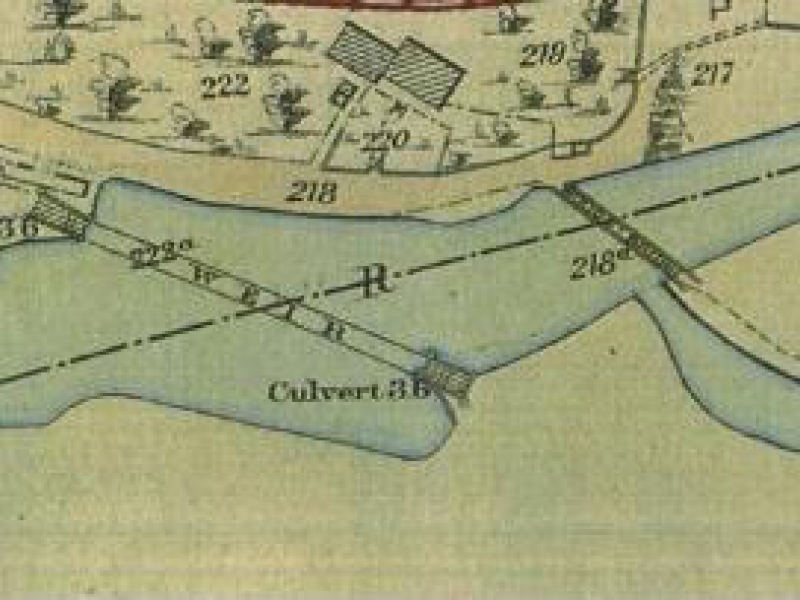 This unique structure allowed boats to cross the River Churnet

The weir and adjacent flood lock beyond were built in approximately 1810. The flood lock had double sets of gates that could be closed if the river level was lower or higher than the canal, but was normally left open.

It is the only structure of its type in the world and is Grade II listed. The listing was done in response to a proposal to blow the weir up as part of a process of naturalising the river in 2005. The listing reads as follows:

River weir. 1807-1811. Rubble stone brought to course and ashlar. The weir is c. 30 metres in length and has abutments at either end. The weir consists of a vertical drop of c. 1.5 metres and an inclined plane. The abutments are rectangular in shape and battered with a large-scale cyma and roll moulding to the top. The weir was built as part of the Froghall to Uttoxeter Canal which was dug to carry copper and brass from Oakmoor and Alton and coal from Cheadle and Kingsley Moor and also lime stone and flint to the complex of lime kilns at Froghall Wharf. The function of the weir was to allow the canal to cross the Churnet river without needing to build a viaduct. This canal structure is largely intact. It marks the course of the disused canal and has a distinct architectural presence. The footbridge which springs from the northern abutment and crosses the river is of C20 date and is not included in this item.

As noted in the listing the bridge is not original. The present bridge is the third, having been preceded by a suspension bridge. The original wooden canal bridge crossed at a different angle, joining to the towpath on the west side of the canal.

The opening ceremony for the Uttoxeter Canal was held beside the weir on 3rd September 1811, following a procession by boat from Uttoxeter.